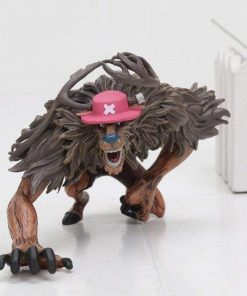 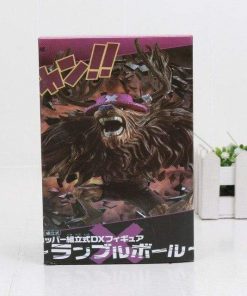 One Piece is one of the most popular manga and anime series that has hit mainstream culture in recent years. The new One Piece: Chopper Transformed Figure OMN1111 is now available for pre-order ahead of its later release in December this year! Just think how much easier it would be to get your hands on this action figure if you didn’t have to manually sketch a design, plan out the color scheme, create a photo shoot, and find the perfect place to sell your product online. This robotic figure can all these jobs for you!
If you wanna know more amazing One Piece Action Figures product, you can try One Piece Action Figures
More details about One Piece Chopper Transformed Figure OMN1111 One Piece Action Figures
One Piece Moulds was a company born of the love for One Piece. We make accessories like key chains, pens, sunglasses and more from the most recognizable characters in the world.

Young pirate, now is the time for you to get this One Piece Chopper Transformed Action Figure.

Here’s what you need to know about him; Chopper or Tony Tony Chopper is the doctor of the Straw Hat Crew. He’s a reindeer who ate the Hito Hito no Mi – The Hito Hito no Mi, or Human Fruit, is a Zoan-like Demon Fruit that allows its user to transform into a human hybrid or full human. Here, you find Chopper in his “Monster Point” form.

Monster Point, literally meaning “Monstrous Reinforcement”; this is Chopper’s most powerful and uncontrollable form. When Chopper is in a desperate situation, he takes the risk of swallowing three Rumble Balls in less than 6 hours and turns into a gigantic monster. By the way, if you want to expand your action figure collection, the Chopper figure in his Horn Point form is right at your fingertips.

So, are you won over by the Chopper figure in his Monster Point form? If so, join him aboard the Thousand Sunny.

Whether you’re a die-hard fan or a fine collector, keep claiming your infatuation with this manga. These mythical items will immerse you in the world of the One Piece anime. Perfect for gifting, decorating or even collecting, these items will expand your One Piece universe.