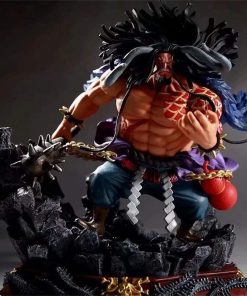 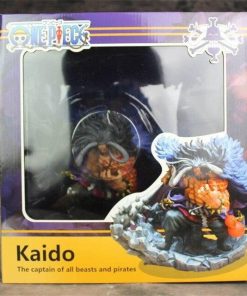 One Piece figure of Emperor Kaido with his Kanabo OMN1111

Younger pirate, the time has come so that you can get this One Piece Emperor Kaido with Kanabo Motion Determine.

Kaido nicknamed “Kaido of the Hundred Beasts“is the captain of the Hundred Beasts crew. He’s additionally one of many4 Emperors. As a reminder, the 4 Emperors are the 4 most infamous and highly effective pirate captains on the planet, however they’re neither allies nor enemies of one another, preferring to stay autonomous in most circumstances.

As for his Kanabo, it’s best to know that it is a membership, baton, or pointed pommel utilized in feudal Japan as a weapon by the samurai and their vassals. By the way in which, if you wish to increase your figurine assortment, the figurine the Shanks emperor on his throne is correct at your fingertips.

So, conquered by the Kaido emperor figurine? If that’s the case, do not hesitate any longer and bounce on the likelihood to have many adventures by his facet.

One Piece is the best-selling manga on the planet. Be proud to be part of the journey and proceed to assert your ardour for this universe with extra thrilling adventures than ever. These legendary objects will take you again to the animated sequence. Take your future in your palms younger pirate and board the Thousand Sunny, many adventures await you!

Info on The Emperor Kaido Figurine along with his Kanabo