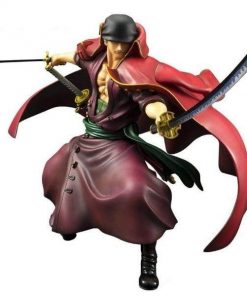 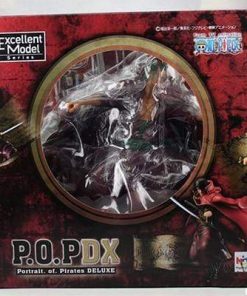 Young pirate, the time has come for you to get this One Piece Zoro Roronoa Film Z Edition Figurine.

As a reminder, One Piece: Z is a 2012 film directed by Tatsuya Nagamine. In this movie, Luffy and his crew will have to face an old Navy admiral named Z who wants to eliminate all the pirates in the New World thanks to stones, the Dyna Rocks, whose destructive power equals those of the Ancient Weapons. As for Zoro, you’re not unaware that he’s a character from One Piece.

He’s a swordsman whose ambition is to become the best swordsman in the world, venturing out on the great line in search of the One Piece along with his captain and crew. By the way, if you’re looking to expand your action figure collection, the Sanji figure from Movie Z is right up your alley.

So, are you smitten with the Zoro Roronoa figure from Movie Z? If so, join him in this thrilling adventure.

Whether you’re an early fan or a fine collector these mythical items are bound to be for you. So don’t hesitate any longer and jump at the chance to expand your One Piece universe. Your destiny is now in your hands young pirate, board the Thousand Sunny and become a member of the crew of Captain Monkey D Luffy.